Delhi is infamous for its ambient air pollution levels, especially as winter sets in. The region is burdened by a variety of contributors including stubble burning, topography, and industrial and vehicular emissions among others. Radhica Kanniganti, Head of Engineering, Devic Earth, discusses some long-term measures for solving the problem.


Every year we come across the same predictable news – ambient air pollution worsens in Delhi-NCR. According to a recent study, Delhi tops the list of most polluted Indian cities suffering economic losses owing to ambient air pollution. Recently, a Delhi-based lawyer sought Rs 15 lakh from the government as compensation for bad air. We hear the same narrative year after year – pain, anger, and frustration at the state of air quality in the capital. Yet, as time passes, everybody forgets this and moves on. Until the next alarming report or census, stating the high particulate pollutant concentration.

Year after year, in the months from October to December, Delhi experiences what is known as smog: a combination of ground-level ozone and particulate pollution, which involves microscopic dust particles known as particulate matter or PM. Factors contributing to Delhi’s ambient air pollution include vehicular emissions, construction activities, the 3000 industries, and power plants emitting fugitives and harmful particulate matter pollutants within and around Delhi.

The right to breathe clean air is a fundamental right. The past decade has shown alarming levels of pollution that violate the citizen’s health and basic rights. Without urgent and direct action, the situation will worsen, and the nation’s health will be in jeopardy.

What factors contribute to the high air quality index (AQI) in Delhi?

Let us look at some factors that contribute to the high levels of ambient air pollution in Delhi. Most of these are well documented and discussed. Here, I will only outline the problem and contextualize it. Delhi is land-locked between the states of Haryana, Rajasthan, and Punjab, as well as the Himalayas in the North. In addition, the altitude of Delhi is also slightly lower than the surrounding states. In winter, the wind direction is primarily from the west and northwest while during summer it is primarily from the southwest /west

Delhi has the highest number of registered vehicles. Data on vehicular pollution in Delhi shows the following: trucks and tractors generate 9 percent of emissions; 7 percent from two-wheelers; 5 percent from three-wheelers; 3 percent each from cars and buses; and 1 percent from light commercial vehicles. Overall, vehicles are responsible for 41 percent of the total pollution load in Delhi.

Factors resulting in ambient air pollution in and around Delhi:

Construction sites and associated activities play a major role in the pollution scenario in Delhi. According to the Delhi Pollution Control Board, 30% of air pollution is caused by construction dust. In addition, the outskirts of the NCR region have nearly 1000 brick kilns, with most of them using coal as fuel. Earlier this year, the NGT ruled that coal-fired brick kilns should not be allowed to operate in NCR beyond a certain number.

Delhi experiences climate extremes due to its location near the desert in the southwest and the mountains in the north. During summer, the air is hot and dry, whereas in winter, it is cold and the air is heavy. During summer, the lighter air rises and tends to push the pollution away slightly. However, during winter, inversion conditions set in, and the polluted air is trapped in the Delhi-NCR region

During the harvest season, the leftover stalks and straws from rice and wheat harvesting are burnt over several hectares in the states of Haryana and Punjab. Approximately, 39 million tons of straw and stubble are burnt. Stubble burning is unique to the type of harvesting employed, which leaves stubble on the ground post harvesting. Due to the wind direction, all the smoke from stubble burning blows towards the Delhi-NCR area.


During summer, hot and dry winds blow from the Thar desert from the west/southwest region. These minor dust storms blow in the particulate matter to the Delhi-NCR region

How can Delhi address its air pollution?

Considering the severity of the current situation, the feasible solution is to install air quality monitors and large-scale air cleaners.

This needs stern and immediate action from the government, with a clear vision and actionable short-term and long-term goals. The government needs to make a solid commitment toward achieving reduced emissions of various air pollutants within stipulated periods.

Banning outdoor activities will not solve the problem, even in the short term. Half of the global deaths due to air pollution are attributed to indoor air pollution.

Below are five actions that contribute to a long-term solution to Delhi’s air pollution problem.

For a chance to be systemic, it is important to ensure behavioral change. Several initiatives in Delhi did not work because citizens found loopholes and flouted the rules. Massive awareness campaigns need to be launched across the Delhi-NCR region and public participation should be encouraged if there is a real interest in solving the problem. Mindsets should change from stop-gap solutions to long-term sustainable solutions.


Transitioning to CNG as fuel was a good move in the early 2000s. Today, EV vehicle ownership should be incentivized, and diesel and petrol vehicles need to be levied a hefty road tax. Such initiatives in other parts of the world have worked wonders in bringing down pollution levels significantly

Delhi is blessed with almost 300 sunny days in a year. The rooftop space available for solar panels is estimated to be 31 sq. km, giving Delhi a solar energy potential of approximately 3,500 million kWh. Of this potential, 26% is in the government/public sector, 25% in the commercial/ industrial sector, and 49% in the domestic sector. With an average of 7 hours of sunlight per day, Delhi is well positioned to lead the solar revolution.

In terms of air pollution, Delhi has been in a state of emergency for several years now. Under these circumstances, the government mechanism should move faster to encourage innovations that can resolve the air pollution issues in the region.

Know Why Smog Towers may not Solve the Problem of Air Pollution in Delhi.

The Reality of Air Pollution in Delhi

The ambient air pollution in Delhi during the winter months of October to December is always spoken of. However, the worst air pollution in the region is not limited to these months. Data collected for 2019 and 2021 (2020 was skipped owing to minimal human activity during the lockdown) shows that levels of PM2.5 (particulate matter less than 2.5 µ) are at or above the CPCB norm of 60 µg/m3, for 9 months a year! 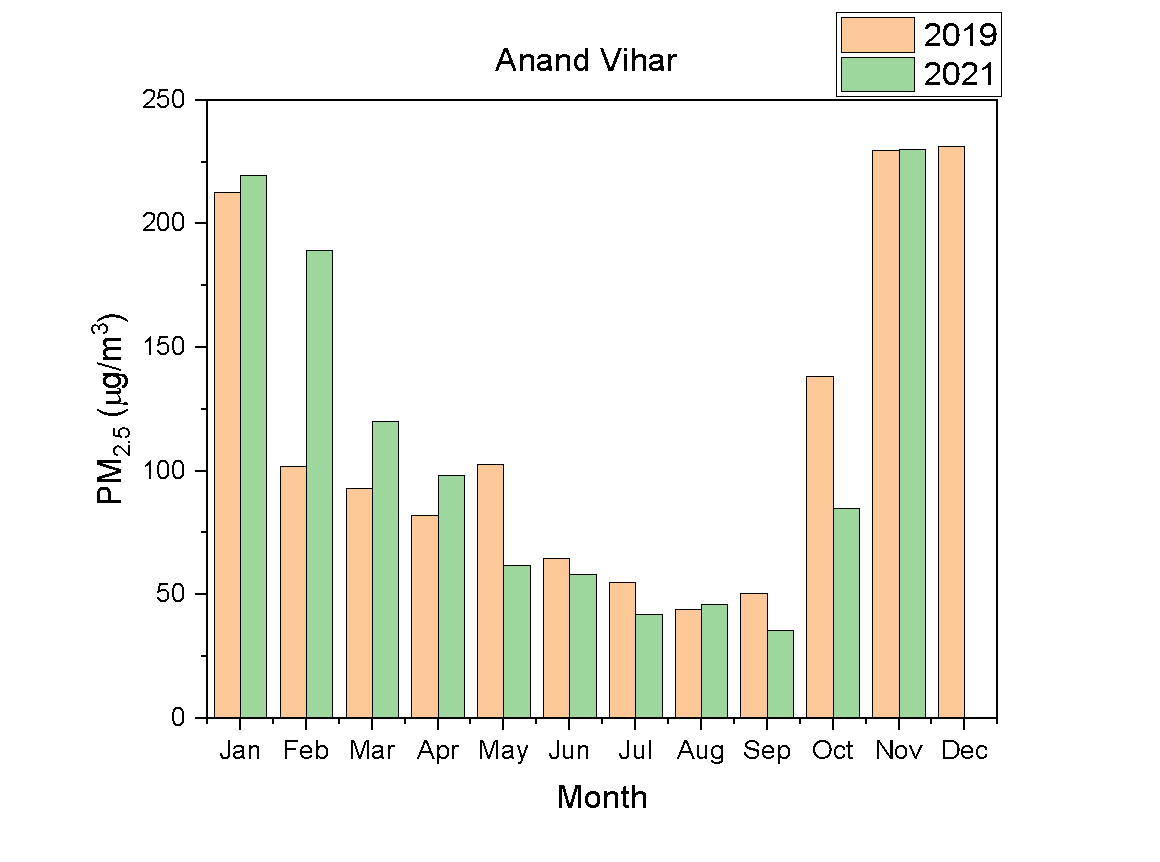 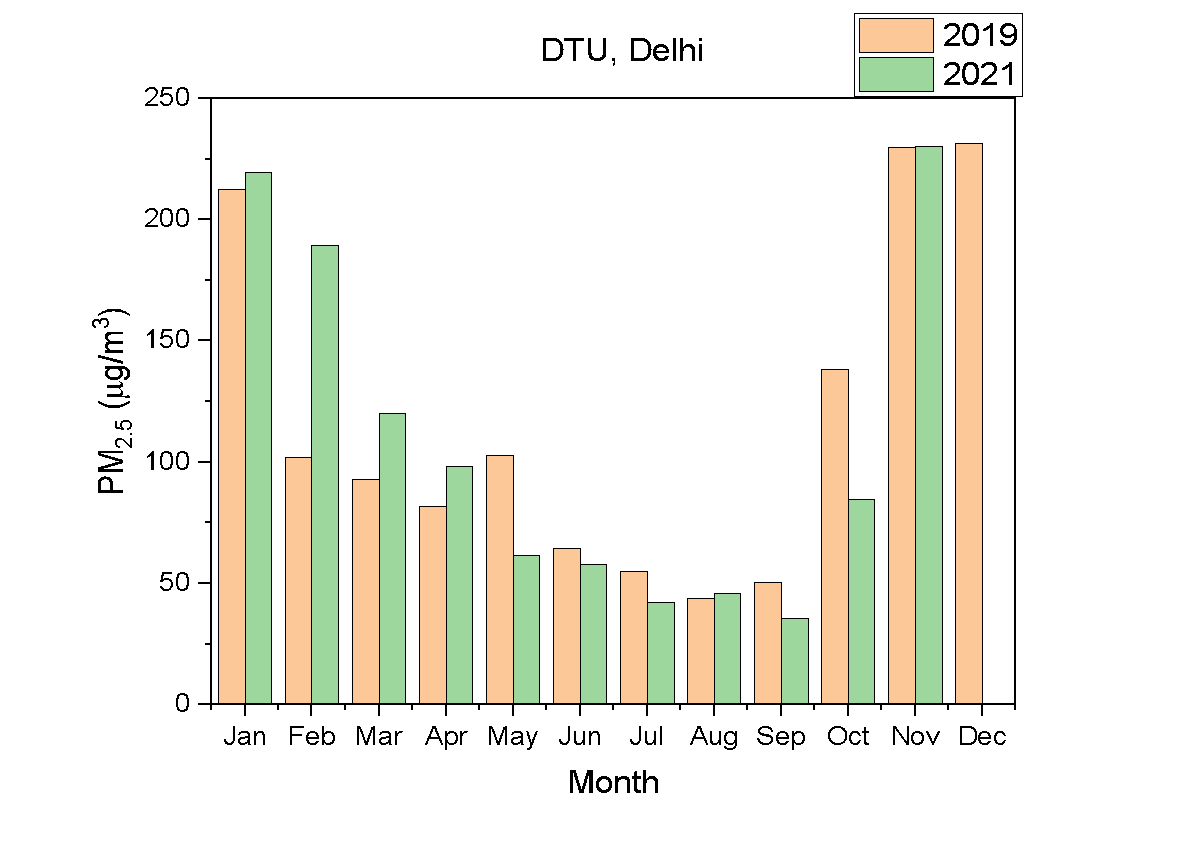 The case is similar for PM10 (particulate matter < 10 µ). The levels of PM10 exceed the CPCB standard of 100 µg/m3 for 10 months a year. Furthermore, pollution levels hover in the moderate to severe zone for at least 7 months in a year. 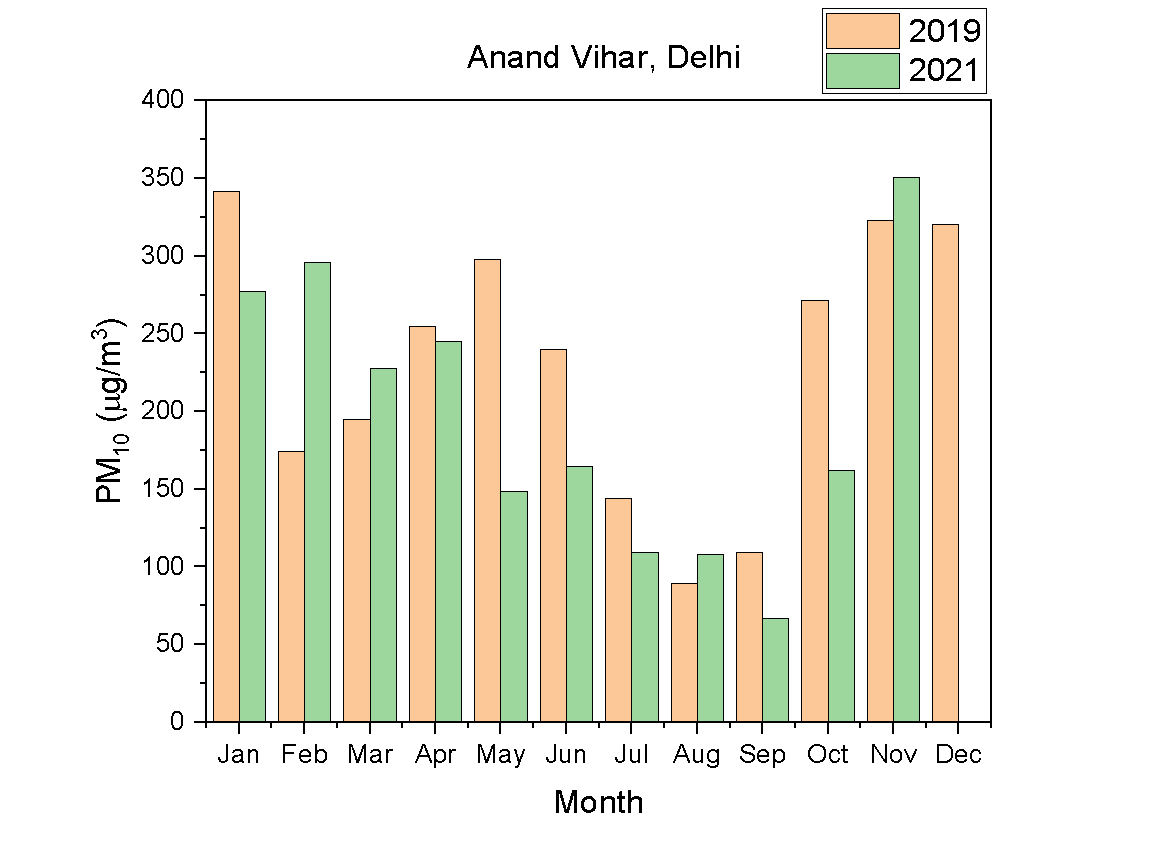 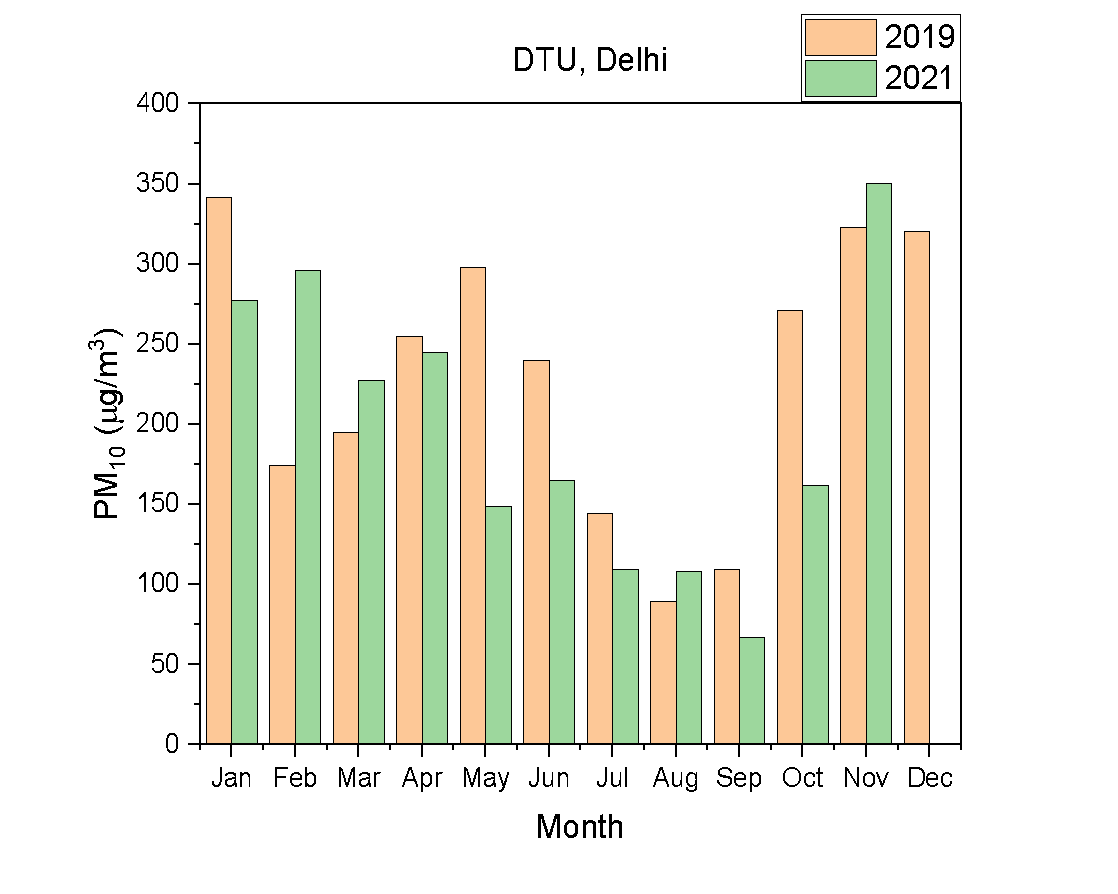 Air pollution if unchecked could seriously affect Delhi’s standing as far as India and the rest of the world is concerned. As it stands, the national capital suffers from 54,000 premature deaths and a whopping $ 8 billion loss annually solely due to air pollution. A rise in these numbers and a steep decrease in the quality of life are the prices we will pay if we continue not to address air pollution effectively.

We need to have a vision of 2030 with actionable steps to overcome air pollution, and not just a seasonal agenda during winter that is forgotten in a matter of months. With awareness drives and actionable goals regarding the monitoring and controlling of air pollution, we can move towards solving the problem.

Are you aware of our disruptive clean air technology for ambient air pollution? 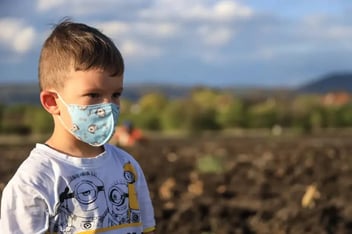 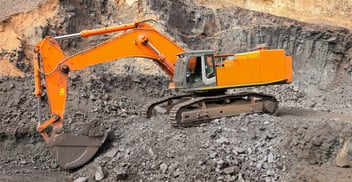 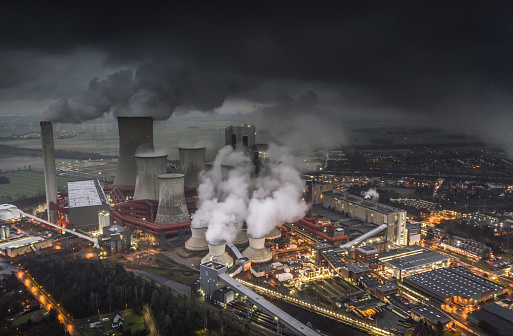