Did you know that the air you breathe contains harmful pollutants?

Our days comprise a fair share of time spent indoors and outdoors, leading to 24 hours of exposure to air pollution. Exposure to toxic air can be in any form, inside or outside. We breathe contaminated air due to uncontrolled vehicular, Industrial, and construction emissions. These pollutants include particulate matter, ozone, carbon monoxide, nitrogen oxides, and sulfur dioxide. Exposure to these air pollutants can lead to severe health complications. According to World Health Organization (WHO), air pollution causes around 7 million annual deaths, including 3.3 million deaths due to cardiovascular disease.

Here are the top most toxic pollutants that we breathe every day: PM 2.5 particles enter deep into the lungs and bloodstream, increasing the risk of dying from heart and lung disease, stroke, and cancer. These particles can not only be directly emitted but also formed in the atmosphere from several different emitted pollutants, such as ammonia and volatile organic compounds.

Several studies have proven that particle pollutants are invisible and can cause hazards to our hearts. On breathing, these particles get introduced to the bloodstream traveling through the lungs to the heart leading to chronic diseases. Exposure to particulate matter pollution may increase the risk of heart ailments.

Ground-level ozone is a short-lived climate pollutant that lasts a few days to a few weeks. It is a greenhouse gas formed when the pollutants from vehicles, construction, and industrial activities react with sunlight.

Exposure to ground-level ozone causes an estimated 472,000 premature deaths every year. Because ozone stunts the growth of plants and forests, it also reduces the amount of carbon that can be cloistered.

Nitrogen oxides are a group of highly reactive gases that pollute the air. This group comprises Nitrogen Dioxide and Nitrogen Monoxide. Air pollution from nitrogen oxides can be both indoors and outdoors. Nitrogen dioxide is the most poisonous of the two. Combustion of fuel engines in industries and high vehicle traffic in big cities lead to the generation of Nitrogen oxides. These highly reactive gases play a vital role in the formation of ground-level ozone. The primary indoor sources of nitrogen oxides are unvented fuel-burning appliances (gas ranges, kerosene space heaters, etc.), heating appliances, and tobacco smoking. 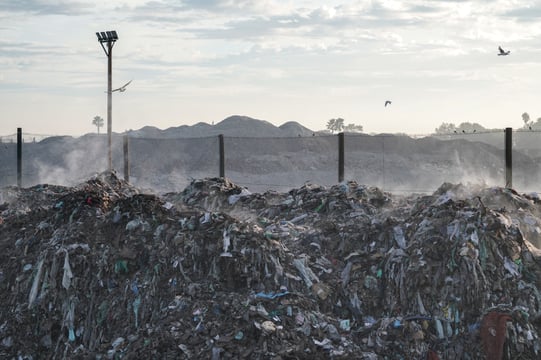 Intergovernmental Panel on Climate Change research shows that methane as a major short-lived climate pollutant, responsible for at least a quarter of current global warming and reducing human-influenced methane, which accounts for more than half of all methane emissions, is one of the most effective ways of battling climate change.

A component of PM 2.5, black carbon is a short-lived air pollutant. Wildfires and agricultural burning are the major sources of Black Carbon in the world. Asia, Africa, and Latin America contribute approximately 88 percent of global black carbon emissions. It also comes from diesel engines, burning trash, and stoves and furnaces that combust fossil and biomass fuels. It causes poor health and premature death and also increases the risk of dementia.

How can you reduce your daily exposure to air pollution?

Reducing our exposure to air pollution is essential for improving our health and well-being. By taking the following steps to reduce pollution, we can breathe easier and protect ourselves from life-threatening diseases:

In conclusion, it is clear that we are exposed to a wide range of toxic pollutants on a daily basis. These pollutants can come from a variety of sources, including vehicle exhaust, industrial emissions, and household cleaning products. Exposure to these pollutants can have serious health effects, including respiratory problems, heart disease, and even cancer. It is important for us to be aware of the sources of these pollutants and to take steps to reduce our exposure to them. This may include using public transportation, choosing environmentally-friendly cleaning products, and supporting policies that reduce industrial emissions. By taking action, we can protect ourselves and our communities from the harmful effects of toxic pollutants.

With Pure Skies, Help yourself and everyone else breathe easier. 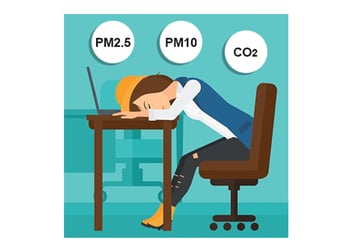