Battle against Air Pollution is far from done: Combat with Pure Skies

Battle against Air Pollution is far from done: Combat with Pure Skies

Remember the bright blue skies and cleaner air due to the dramatic drop in air pollution after the country-wide lockdown?

The painful pause in our lives helped illuminate the night sky in ways that clamped most stargazers to their houses to witness the celestial show of the Super Pink Moon. Everybody enjoyed the splendour, and some even claimed the air was so clear, they would soon see God.

Notwithstanding the various grades of theism, the fact remains clear that the lockdown arrived as a ray of hope for air pollution control.

However, with life inching back to normal, we find that pollution levels are back, and may even be higher than ever before.

“We don’t know what your commission is doing. People in Delhi are not satisfied with your work. We are also not satisfied,” said the Supreme Court on December 17 2020. This was six weeks after the ordinance on the ‘Commission for Air Quality Management (CAQM) in the National Capital region and Adjoining Areas Ordinance 2020’ which was enacted on October 29th 2020. So what’s the big concern?

The government may set up several bodies for air pollution control, but the fact remains that the situation is too grave for several cities like Delhi, that continue to struggle to breathe.

Create a Pollution-free Planet for Billions of Lives with Pure Skies: No More Gasping for Air

Accumulating evidence states that air pollution is making today’s workforce not just sick but also less productive and more prone to error. Are businesses taking it seriously? Can they afford to lose talent due to bad air quality?

At Devic Earth, we believe in transforming the way businesses and cities clean the air we breathe. We take pride in providing air pollution control equipment for everyone - factories, industries, and cities.

Clean Air Made Easy and Affordable with Pure Skies

Pure Skies is the only air cleaner that reliably reduces outdoor air pollution with a wider area of coverage than any other air pollution control system. It is the most advanced, user-friendly air cleaner for cities, industries, factories, and buildings. While most air cleaning solutions in the market today face the limitation of small area coverage, Pure Skies’ point-to-point network system of base stations and extenders easily covers hundreds of acres or buildings of all sizes.

What’s the technology behind Pure Skies?

We believe everybody deserves to breathe clean air. So what are you waiting for? 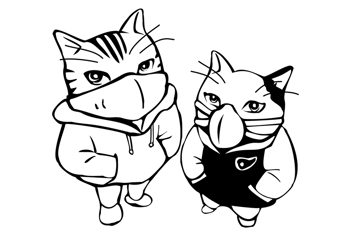