Water stress is a growing concern in many parts of the world. Devic Earth intends to make a difference.

Water shortages have a great impact on human health, socio-economic development, and the environment. Increasing population growth, rapid urbanization, and depletion of topsoil and forest cover are causing serious stress on our fresh water sources.

“About 3 in 10 people in the world lack access to clean water at home when needed.”

Most fresh water sources – e.g. lakes and ponds – are vulnerable to “eutrophication”, a process in which excessive nitrates and phosphates in water (e.g. from agricultural runoff or partially treated human sewage) cause severe algal blooms, further degrading water quality.

Left: Clear water in a freshwater alpine lake in the Canadian Rockies. Right: Green cloudy water from algal overgrowth due to eutrophication in Lake Taihu in China. The algal overgrowth is due to excess nitrates and phosphates, commonly due to inputs from agricultural runoff and partially treated human sewage.

Devic Earth is transforming the way industries and businesses manage air quality through our state-of-the-art air pollution control equipment. We’ve also been working quietly on a related technology to help mitigate eutrophication in freshwater bodies, without harm to aquatic life.

We performed experiments in the laboratory to test the efficacy of our pulsed radio wave technology on pollutants in water samples taken from a man-made lake. A control tank and a test tank were filled with well-mixed lake water and kept in identical controlled conditions. After 15 days of exposure to the Pure Water technology, there was a 45% reduction in nitrate concentration, a 25% reduction in sulfate concentration, and a 70% reduction in total phosphorus content from the test tank when compared to the control (Figure 1).

Figure 1: The graph indicates the level of reduction in nitrate (left), sulfate (middle) and total phosphorus (right) content at baseline (first bar in each series), the control tank (middle bar), and the test tank (right bar) after 15 days.

The water in the test tank was visibly clearer than the control tank, indicating lower levels of algal growth, corresponding to lower nutrient levels (Figure 2)

Figure 2: Tank 1 shows the control tank without using the technology and Tank 2 shows the Test tank after using Pure water technology, both maintained under the same experimental conditions.

Similar results were seen in a freshwater lake (data not shown).

Although we’ve simplified the research methodology and results for this blog, these initial results are promising, our team is hard at work, conducting detailed research to further advance the technology.

We have formulated an integrated approach in which we combine different treatment techniques to provide a synergistic effect for effective remediation of pollution in freshwater sources. We envision that polluted lake water would be pumped to small treatment stations, treated, and clean water returned to the lake. Successfully achieving this objective would be a major breakthrough in mitigating the water crisis around the world. 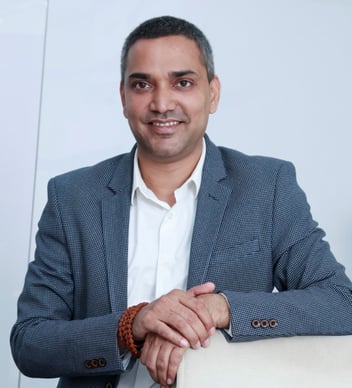 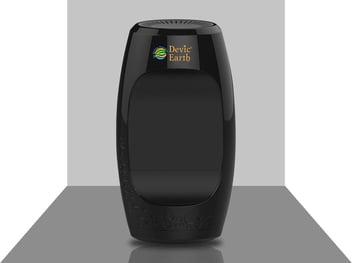 3 ways Pure Skies is getting smaller and smaller