Pollutants emitted in the air can lead to changes in climatic conditions. These emissions comprise greenhouse, also known as climate forcers. Specific components of particulate matter can either warm or cool the temperature while atmospheric ozone warms the climate up. Short-lived climate pollutants SLCPs are also dangerous air pollutants that harm people, ecosystems, and agricultural productivity. The short-lived climate pollutants black carbon, methane, tropospheric ozone, and hydrofluorocarbons are the most important contributors to the global greenhouse effect after carbon dioxide, responsible for up to 45% of global warming.

Air pollution and climate change may seem like two different issues but they are closely interlinked. Greenhouse gases and air pollutants are emitted at the same time and from similar sources. Greenhouse gases are formed by the interaction between different air pollutants and act as climate forcers. Air pollution consists of several pollutants that are a mix of short and long-lived climate forcers. Greenhouse gases are compounds that create what is known as the greenhouse effect by trapping the sun’s heat in the earth’s atmosphere and preventing it from returning to outer space. The gas most commonly produced by human activities is carbon dioxide (CO2). CO2 specifically stems from the extraction and burning of fossil fuels like coal and oil during industrial and agricultural activities.

What are Short-lived Climate Pollutants?

As the name suggests, Short-lived Climate Pollutants or climate forcers are pollutants that remain in the atmosphere for a much smaller amount of time than carbon dioxide and yet have greater potential to warm the climate. Their presence in the atmosphere can cause a decrease in air quality, and an increase in global warming, sea level, and melting of glaciers and land ice in the Arctic.

Which are the short-lived climate pollutants and how do they impact the environment and human health:

Black carbon is a product of the incomplete combustion of fossil fuels, biofuels, and biomass that contribute to the warming of the planet. It is a component of PM25 also known as soot and is emitted into the atmosphere in a complex mixture of pollutants. It is emitted from sources such as diesel engines, cook stoves, wood burning, and forest fires and lasts in the atmosphere for days.

This short-lived climate pollutant exists at the ground level and up to 15 km and lasts between hours to weeks in the atmosphere. It does not have any direct emissions sources, rather it is a secondary gas formed by the interaction of sunlight with hydrocarbons – including methane – and nitrogen oxides, which are emitted by vehicles, fossil fuel power plants, and other man-made sources.

A powerful greenhouse gas emitted by human activities like leakage from natural gas systems and raising livestock, as well as natural sources such as wetlands. It has a direct impact on the climate and a few indirect effects on human health. It is a short-lived climate pollutant that has a lifespan of 12 years in the atmosphere. Methane warms the planet 86 times as much as carbon dioxide over 20 years. Over 60% of global methane emissions come from human activities.

These are a group of industrial chemicals primarily used for cooling and refrigeration. HFCs are powerful greenhouse gases that last between 15 to 29 years in the atmosphere.  Though HFCs currently represent around 1% of total greenhouse gases, their impact on global warming can be hundreds to thousands of times greater than that of carbon dioxide per unit of mass. HFC emissions are rising by 10-15% per year.

Impact on Human Health and Environment: 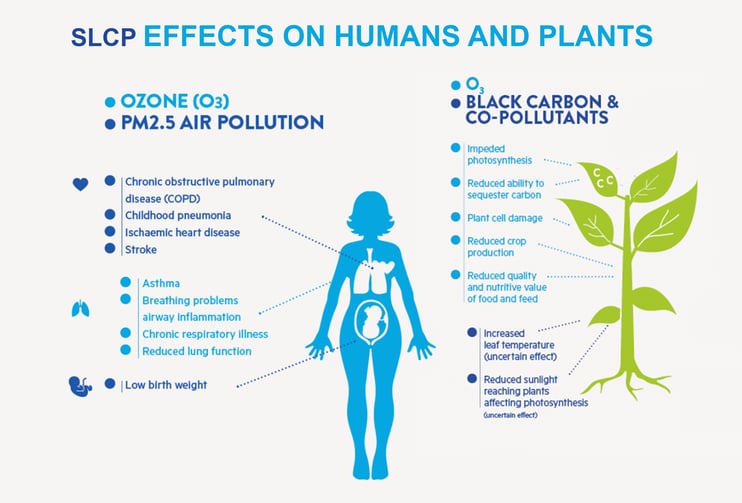 Long-term exposure to PM 2.5, black carbon, and ozone air pollution is linked to 1 million premature deaths per year due to strokes, chronic respiratory diseases, lung cancer, and heart attacks. Ozone has negative impacts beyond climate warming. It impacts cloud formation, precipitation, and atmospheric circulation. Studies have also shown that several plants and animals are sensitive to Ozone. Another SLCP is Black carbon, 51% of black carbon is emitted from household energy. It alters the regional rainfall patterns and accelerates the melting of glaciers, It also reduces sunlight affecting plant health and productivity. More destructively powerful than carbon, Methane is responsible for 40% of global warming since the industrial revolution. Causes severe respiratory illnesses and leads to damaged airways and lung tissues. Methane also causes a 15% loss to agriculture and the ecosystem, annually.

We are now generating air pollution and greenhouse gases more than ever. Our resource-intensive lifestyle also contributes to air pollution and climate change. Air pollution contains more than just greenhouse gases, it contains pollutants that often interact and form gases that contribute to global warming. The impact of air pollution on climate change highlights the need to reduce emissions and protect the environment and public health. We can also protect the climate by reducing air pollution. Swift action on reducing highly potential, short-lived climate forcers like methane, tropospheric ozone, hydrofluorocarbons, and black carbon can significantly decrease the chances of triggering severe climate tipping points. 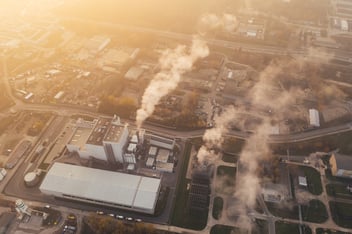 What is Industrial Air Pollution? How does it affect the township residents? 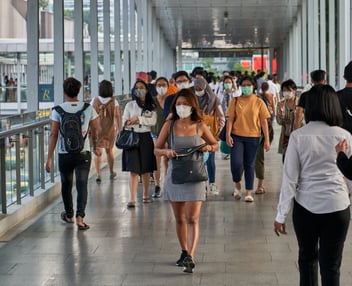 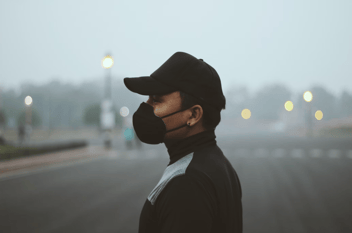