October 15, 2022 by Vidhya Sreenivasan 13 Minute Read
A study shows that the number of children needing psychiatric help increases when there is a
spike in air pollution, establishing a clear link between air quality and the mental health of
children.
When the sun is out and a breeze plays on the trees, our mood is bright and happy. Contrast
this with a day when the sky is downcast and smog cloaks the surroundings. The mood in
general has a negative edge to it. No wonder we come across so many grumpy faces on the
way to work on an average day in Delhi or Bengaluru due to outdoor ambient air pollution. We
tend to look at matters in a more positive light on days when air pollution is down. In short, good air quality helps us retain a positive state of mind, while air pollution is linked to higher risk of potential bad mental and physical health.
Is it all just in the mind, or is there something more to the feeling of wellness on a day when air pollution is down? Apparently, there is much happening to the body on a day when the level of air pollution shoots up. New research points to graver issues happening to the body because of poor ambient air quality, than previously thought.
Moreover, children seem to suffer as much or more than the grownups from the effects of air
pollution. Therefore, we need to learn to examine that child who looks moody and insolent on a smoggy day in a different way - this comes under the effects of smog. Maybe s/he is in physical and mental distress. Of all forms of environmental pollution, air pollution is perhaps the worst and most damaging to health. When we breathe poor air, no system in the body remains unaffected.
Air pollution is linked to higher autoimmune diseases and incidence of anxiety and depression in children.
Even short-term exposure to high ambient air pollution could cause a spurt in children’s visit to psychiatrists. 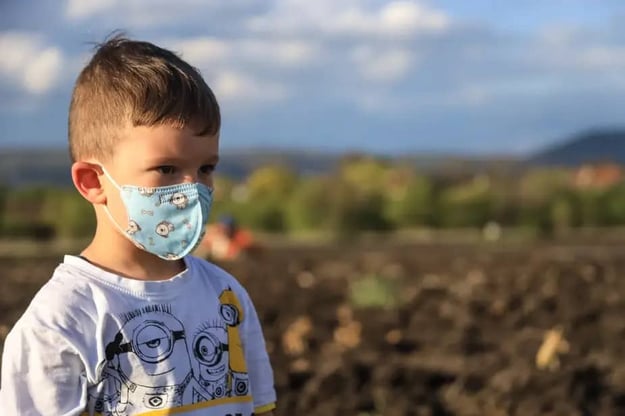 We must prioritize air quality control for our kids.

There have been studies showing the link between some psychiatric conditions in adults and air pollution. The study examines fine particulate matter known as PM 2.5, or microscopic particles smaller than 2.5 microns (micrometers) in diameter. These get deep inside the lung and pass into other organs via the bloodstream. They can cause irritation, inflammation and respiratory problems. These all are the most common negative effects of pollution. A long-term exposure to PM could be a contributory factor to cancer and heart diseases. In the event of air pollutants causing inflammation in blood vessels and damaging the blood-brain barrier – a thin, delicate membrane that protects the brain from toxic substances – mental health may be badly compromised. Anxiety, depression, Alzheimer’s disease, Parkinson’s disease, schizophrenia, and bipolar disorder are some of the impacts that air pollution has on mental health.
A new study done over a five-year period and reported by CNN suggests a definite link between children’s mental health and air pollution. Air pollution can affect a child’s development mentally in addition to impacting his/her physical development. Children are already at risk due to air pollution, owing to the fact that they are shorter and inhale pollutants closer to the ground, including ground level ozone. The extent to which air pollution affects children is therefore higher, since they inhale more pollutants. Added to this impact is the psychological impact that affects children due to breathing polluted air. The said study finds that higher levels of air pollution can affect children’s mental health by causing anxiety and depression, with the impact reaching potentially dangerous levels. Their mental condition is particularly vulnerable to sustained higher levels of pollution.
Researchers at the University of Cincinnati and the Cincinnati Children&#39;s Hospital Medical Center examined psychiatric patient visits, and then traced the concentration of PM2.5 back in their residential areas. They found that whenever there were increases in PM2.5, there would be more psychiatric visits within the following few days. The study also noted that visits on the same day as the pollution spike were mostly related to schizophrenia, while visits for adjustment disorder and suicidal thoughts came one or two days later. They also found that psychiatric effects of pollution increase – particularly disorders like anxiety and suicidal thoughts– affected children in disadvantaged areas, of lower socioeconomic class or less access to healthcare, more than those in other areas. “Collectively, these studies contribute to the growing body of evidence that exposure to air pollution during early life and childhood may contribute to depression, anxiety, and other mental health problems in adolescence,” said Patrick Ryan, a lead author. While he and Cole Brokamp, the other lead author, thought more research into this connection was needed, they believe the initial findings could offer new prevention strategies for children with those symptoms. The fact that children living in poverty experienced greater negative effects from air pollution also proved that the pollutant and neighborhood conditions combined to create “synergistic effects on psychiatric symptom severity and frequency.”
The long-term impact of air pollution on a population’s physical wellbeing is well known.
However, the awareness on how air pollution can affect children is certainly limited. Air pollution hinders physical growth and wellbeing in children as much as it causes psychological stress, which is a gateway to pain and suffering. Timely action to improve air quality by reducing emissions at source and installing large-scale air cleaning technology can go a long way in checking the woes caused by air pollution.
If you are associated with schools or child sporting activities, visit is on www.devic-earth.com and book a free Consultation with our Air Quality Experts today!
(This article is conceptualized and co-written by Shashank Aggarwal & Vidhya Sreenivasan) 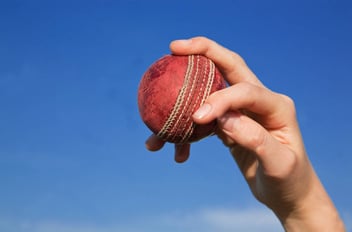 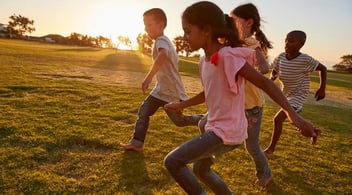 What do Children Think of Air Pollution?